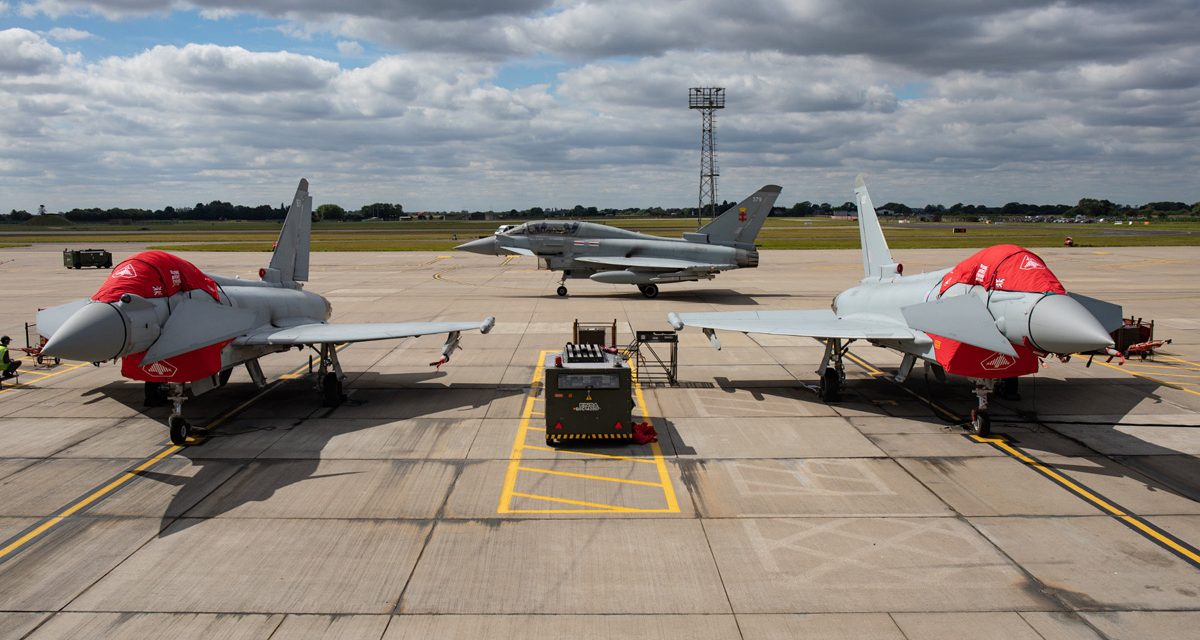 Air Covers Ltd, The Queen’s Award winning business and a leading specialist in the design of bespoke protective covers for the aerospace and marine sector, won a competitive bid this summer to provide environmental protective covers for 147 RAF Typhoon aircraft.   Air Covers also won the supply contract for the Typhoon Display Team.

Deliveries of the covers to RAF Coningsby have already started.  A total of 50 complete sets have been dispatched to date, with a further 97 to follow.  Each cupola cover is made at Air Covers’ facility in Wrexham, North Wales.

“We were delighted to have won this high profile contract during the lockdown,” said Air Covers’ Managing Director John Pattinson, acknowledging the business was one of six shortlisted companies bidding for the work. “Our mission has always been to reduce the maintenance burden and increase the availability of their aircraft.   While we faced strong competition, our experience protecting European and Middle Eastern military fixed-wing aircraft and helicopters was a significant factor in the decision-making process,” he noted. “We were able to demonstrate to the RAF a complete understanding of the engineering needs and environmental threat.” 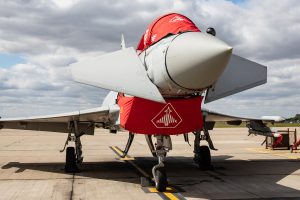 The Typhoon fleet will be protected with Air Covers’ full convection cooling cover technology.  The cupola covers are 30% lighter than the aircraft’s incumbent covers, which were also creating a heat sink effect, raising cockpit temperatures above ambient.  The new covers, which have been successfully trialled and tested with three air forces (with similar combat aircraft) in Italy, Afghanistan and Saudi Arabia, are recognised as the only protective cover able to reduce cockpit temperature below ambient.

The majority of the RAF Typhoon fleet will sport standard charcoal grey covers, but the Typhoon Display Team aircraft, operated by 29(R) Squadron at RAF Coningsby, will wear distinctive red covers.  The Team plays an important role in spreading the Royal Air Force and UK Defence message at home and internationally. In addition to protecting the aircraft at remote airfields around the world, the custom Air Covers’ product will play an important part in supporting this message when international air shows return in 2021.

Air Covers printed two alternative cover logos for the Typhoon Display Team, before sharing them on Instagram and Facebook and invited followers to vote for their favourite.  “We had a great response from Typhoon fans, who were pretty unanimous on their favourite design.  This has now been applied to the new Display Team covers,” John said. 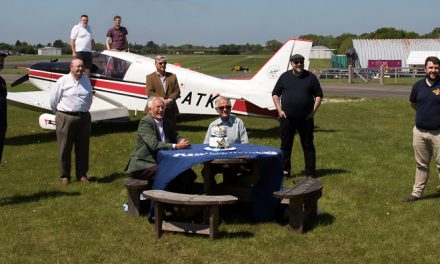 FEATURE: The 50th Anniversary of the Royal International Air Tattoo