AIRSHOW NEWS: Transatlantic season gets underway for the Red Arrows 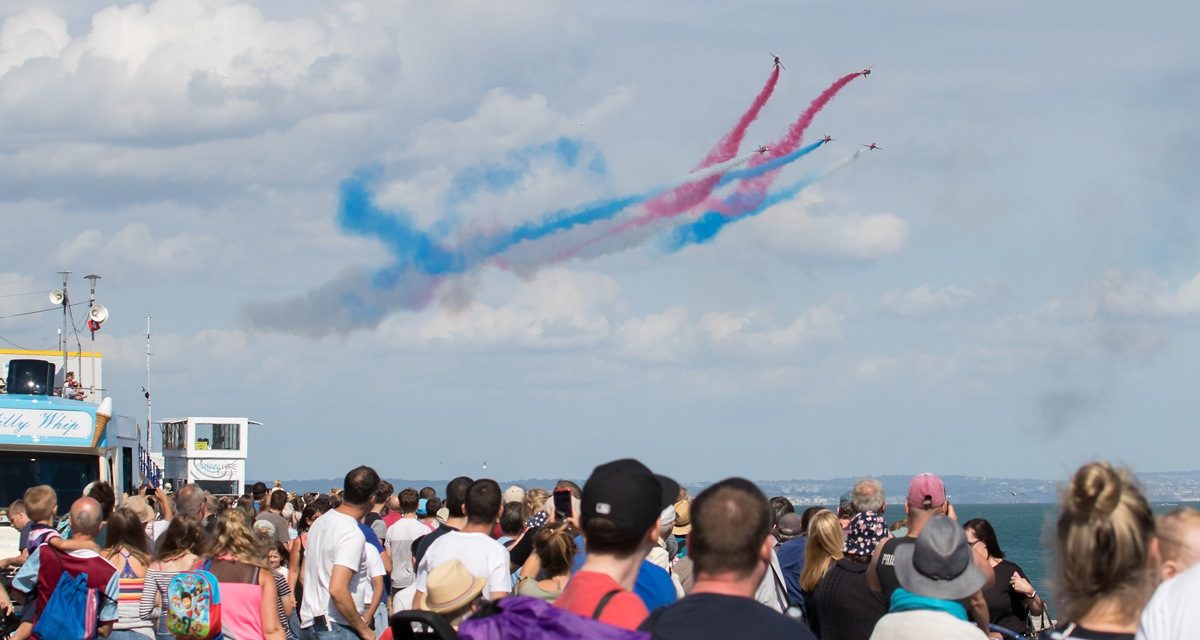 Following months of training, the Royal Air Force Aerobatic Team has been given the go-ahead to begin one of its busiest ever seasons. The Red Arrows’ 2019 campaign will culminate in a major tour of North America and displays and flypasts across the United Kingdom and mainland Europe.

Formal approval to perform for audiences, known as Public Display Authority (PDA), was granted to the team today. It marks the official start of the Red Arrows’ 55th display season.

Wing Commander Andrew Keith, Officer Commanding, Royal Air Force Aerobatic Team, said: “The 2019 season is set to be a very busy period, both at home and overseas. It is a privilege to be the public face of the RAF and to symbolise the dedication, teamwork, attention-to-detail and drive to excel that underpins the ethos of our Service. Getting to the point where we are ready to display in front of millions of people takes a huge amount of effort, over a sustained period, by every member of the Red Arrows. It is an honour to command this dedicated group of men and women, that not only showcase the RAF exceptionally well but are also proud ambassadors for a Global Britain. The Red Arrows embody the founding principles of the RAF – an organisation which is fully inclusive, with opportunities for all based on merit alone, regardless of background.”

Training for the new season began in October last year, at the Red Arrows’ home base of RAF Scampton in Lincolnshire. Finishing touches then took place over the last four weeks at the Hellenic Air Force base of Tanagra, Greece, during a deployment known as Exercise Springhawk.

The overseas element allows the Red Arrows to take advantage of more settled weather and to fly up to 15 displays a week, to perfect and polish the show.

Squadron Leader Martin Pert, Team Leader and Red 1, said: “Public Display Authority marks the finale of months of tireless effort from everyone in the Red Arrows. The whole team is utterly committed to the output of our core task – providing a world-leading display. Be it support or administration staff, pilots or our engineering team, we’ve managed to prove to our chain of command that we are capable of putting on a display that is visually exciting, dynamic and – above all – safe for the 2019 season. This year is particularly exciting for the Red Arrows, as we are able to take that display across the UK, Europe and of course North America, as we embark on our biggest tour to the region. Meeting audiences across all of the countries we visit, my whole team always feels immeasurable pride in being given the chance to demonstrate our professional excellence and the opportunity to inspire future generations.”

Leading the nine-aircraft formation, Sqn Ldr Pert is responsible for creating the 21-minute aerobatic display and coordinating the training programme.

He said the 2019 show comprises a combination of crowd-favourite shapes and new features. Among these is Apollo Roll, recognising the famous space programme and this year’s milestone anniversary of the historic Moon landing in 1969.

Sqn Ldr Pert said: “In addition, audiences will see a beautiful formation of all nine jets together, flying just a few feet apart, in the graceful shape of the iconic Anglo-French supersonic airliner Concorde – celebrating its first flight, also 50 years ago.”

Following the display approval, the pilots change from their green coveralls, used during training, into their famous red flying suits, which are worn during the season.

All Red Arrows pilots are from frontline squadrons and, before joining the team, operated jets such as the Tornado, Typhoon or Harrier – helping the Royal Air Force to project influence for the UK and secure the skies 365 days a year.

There is a huge team effort needed to allow the Red Arrows to perform for the public, from flight operations personnel and engineering technicians to administrators and suppliers.

The support staff, who number more than 100, also changed their coveralls following PDA, into their well-known royal blue flying suits. They are known as ‘the Blues’.

Senior Engineering Officer, Squadron Leader Richard Bland, said: “Gaining PDA is not just about the final few weeks of Exercise Springhawk, nor any one individual element – it’s about the whole team working hard and coming together throughout the last seven months, always striving for excellence.”

Corporal Lydia Ford is one of the Red Arrows’ avionics technicians and is also a member of the Circus – the team whom travel in the rear seats of the jets on transit flights to service the aircraft. She will fly with Red 7 for 2019.

She said: “Exercise Springhawk has been a busy period, with the jets needing to be serviced before and after every flight – that’s more than 70 times over the last four weeks.

“Getting to wear the blue flying suit as we transit across mainland Europe back to the UK for the display season will be a huge privilege and we’re all very excited to be getting the opportunity to represent the RAF and country on the tour to North America later this year.”

Beginning with small groups of three or four aircraft, training develops over several months for the Red Arrows before a display season begins. Pilots fly three times a day, five days a week – until the team’s full nine-ship formation comes together around February or March. Each sortie follows the same two-hour cycle of pre-flight briefing, the flight itself and a thorough, analytical debrief. The aim is constant improvement.

PDA follows a detailed assessment by a senior RAF officer. The Royal Air Force’s Air Officer Commanding, 22 Group, Air Vice-Marshal Warren James, observed all aspects of the team, on the ground and in the air. This is to ensure the team satisfies the highest safety standards and is performing a display that is a credit to both the Service and UK.

The Red Arrows – flying their BAE Systems Hawk T1 fast-jets – will return to the UK on Saturday, with the 2019 team’s first UK public show appearance being a display at Torbay on June 1.

In August, the team will begin its 11-week tour of Canada and the United States. It will be the first time the Red Arrows have visited the region in 11 years and displays on both the east and west coasts are planned. The aim of the tour is to support UK interests overseas, across trade, business, education and defence. 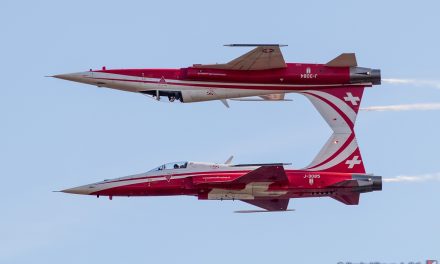 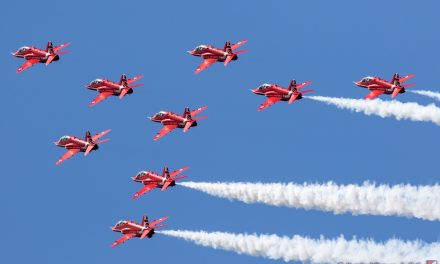