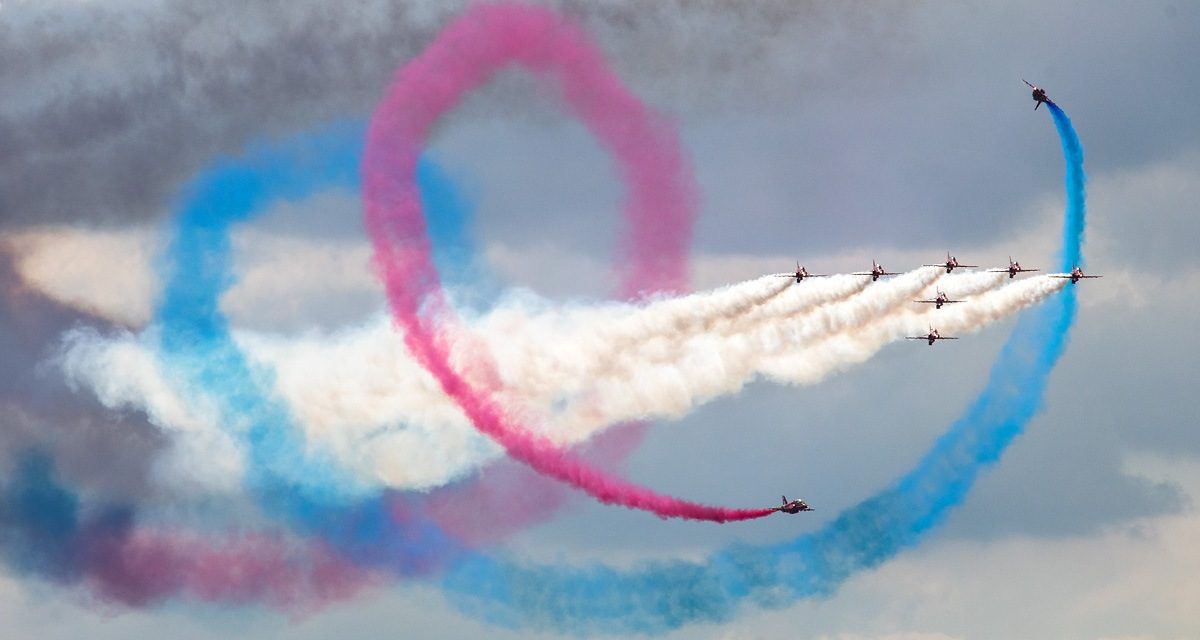 The Royal Air Force will mark its 100th anniversary in style at Air Waves Portrush on September 1st and 2nd.

With appearances by the Red Arrows, the Typhoon jet, the Tutor and the Falcons parachute display team, the event promises to provide a memorable showcase of skills, stunts and daredevil action. History and heritage will also be to the fore with showcases from the Lancaster, Hurricane and Spitfire who come together in the Battle of Britain Memorial Flight.

The roar of the Typhoon will echo through the skies on Saturday and Sunday with its trademark noise, speed and glowing afterburners matched by a breathtaking display.

On Sunday, the world renowned Red Arrows will thrill the thousands gathered in the East Strand amphitheatre with their speed, agility and precision which makes them one of the world’s premier aerobatic display teams. As outstanding ambassadors for the RAF, their precision flying represents the very best of the organisation.

The Falcons, regarded as the UK’s premier military display team, will also take flight on Sunday. This exciting free-fall display filled with high speed manoeuvres and canopy skills will provide another unforgettable sight during the weekend event.

The RAF’s air displays will be matched by a range of attractions on the ground including a static display of a Red Arrows Hawk which gives members of the public access to one of the world’s must iconic flying machines.

Welcoming the RAF to Air Waves Portrush, the Mayor of Causeway Coast and Glens Borough Council said: “We are delighted to be a part of this very special year for the Royal Air Force as it celebrates 100 years of service. The Red Arrows and the Typhoon will be among the highlights of the weekend’s impressive flying programme which makes Air Waves Portrush Ireland’s biggest air show. We look forward to welcoming huge crowds for what promises to be a fabulous weekend of entertainment.”

Alongside the RAF flying programme, it has been confirmed that the Swiss Classic Formation will make its Portrush debut this year. This vintage trio will entertain the crowds with its unique brand of excitement created by the Beech 18 and DC-3 aircraft. The event will also feature the Global Stars aerobatic team, the Catalina sea plane, the Sea Fury and the Calidus Autogyro. And with more aircraft still to be confirmed it looks set to be an action packed two days on the Causeway Coast.