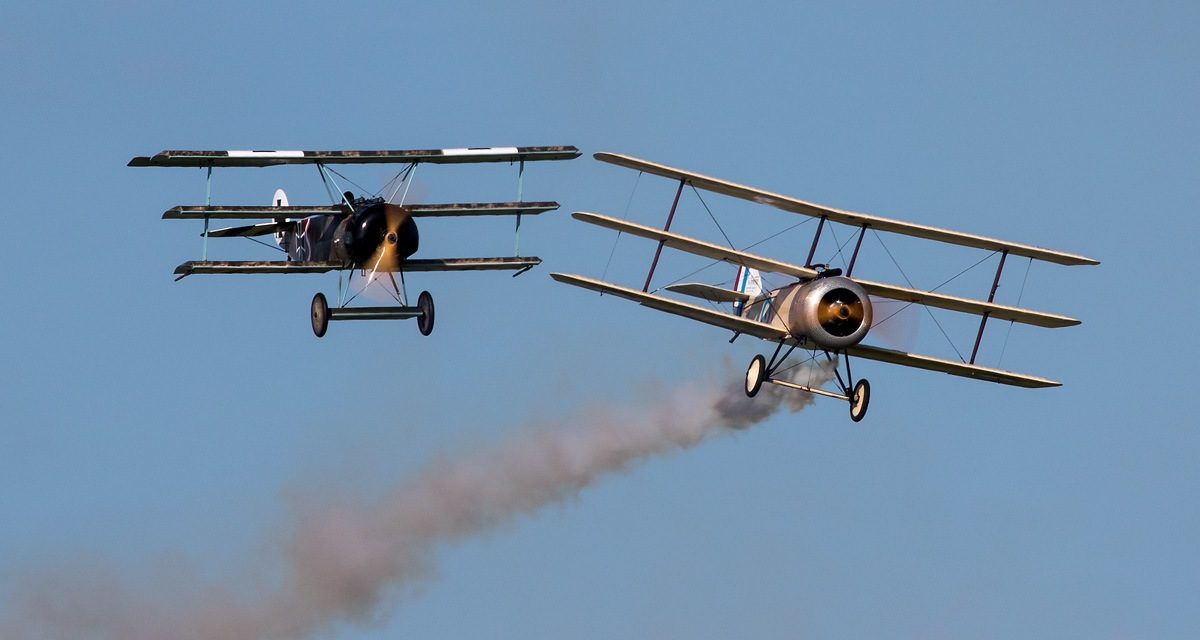 Dogfights from the First World War will be recreated over Great Yarmouth seafront as one of the star attractions at the resort’s new air show.

A 10-aircraft display team of iconic British and German fighter, ground attack and spotter planes will twist and turn over the shoreline, just as they did above the Great War trenches 100 years ago.

The Bremont Great War Display team has been unveiled by show organisers from the Greater Yarmouth Tourism and Business Improvement Area, who are staging the June 16-17 event as part of their drive to attract more visitors to the area.

The team has a mix of five different aircraft types including Sopwith and Fokker Triplanes, Britain’s first ever military plane a BE2c, SE5a, Junkers CL1 monoplane ground attack aircraft and new for 2018 an Avro 504.

Show director Asa Morrison said: “These Great War planes will provide a rarely-seen aerial spectacle over the Great Yarmouth’s shoreline – and it is particularly fitting, as we commemorate the centenary of the war ending, to remember what these heroic pilots did with basic aircraft during life or death situations over the trenches.”

The Great War team is also marking a milestone, as it is 30 years since they were founded in 1988.

Star aircraft include the highly manoeuvrable fighter triplanes, including the Fokker Dridecker, the same type of aircraft piloted by the legendary German ace Manfred von Richtofen, known as the Red Baron. They are flown by a squad of pilots with years of military, civilian, test and aerobatic experience.

The Haven Great Yarmouth Air Show is expected to attract 170,000 people and generate an extra £10m for local traders.

Other displays confirmed include the Blades and Wildcats aerobatics team, the Army’s Tigers freefall parachutists and a Long-EZ flying wing. More will be announced in the coming weeks.