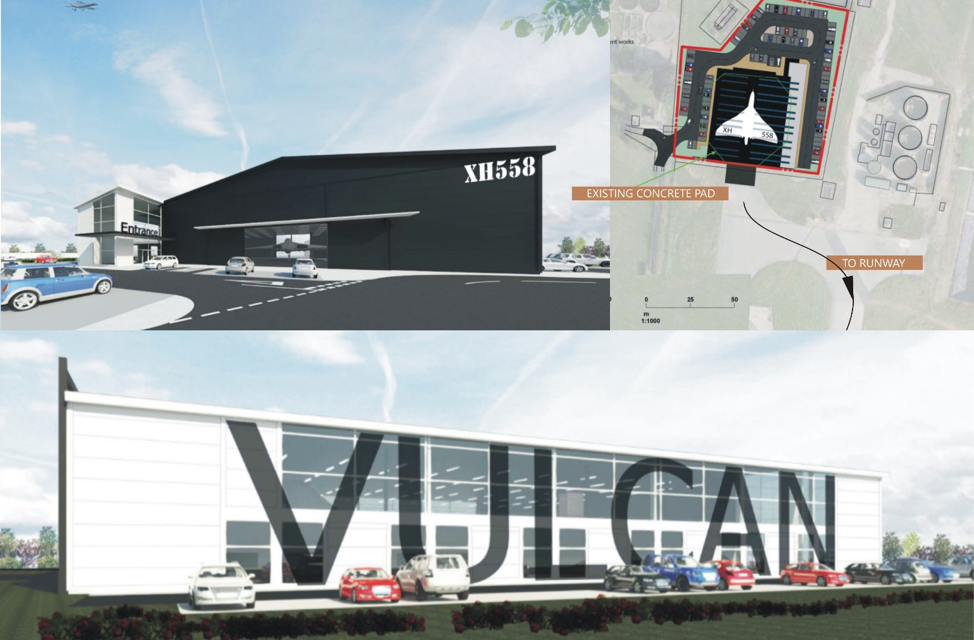 The Vulcan to the Sky Trust is delighted to announce that planning permission for their new Heritage Hangar and Visitor Centre has been approved after a decision taken just before Christmas by an officer of the local planning authority, Doncaster Metropolitan Borough Council.

Speaking on behalf of the Trust, Robert Pleming stated; “The full approval comes with a few standard conditions for further surveys and environmental reports that do not present any concerns to our appointed agents.”

Initial planning application and project consultancy was undertaken by RG Group, working in partnership with Hadfield Cawkwell Davidson and Wordsworth Construction Services. The project is spearheaded by the RG Group’s Doncaster office, under the supervision of director Dave Dixon. He has been driving forward with the support of local and national construction companies and suppliers, many of whom are offering materials and expertise at cost or below usual commercial rates to help the charity secure its new home.

Dave commented; “As a local company with national reach, RG Group has been involved right from initial client briefs, through design concepts and budgeting, to the final planning submission and are delighted to be in a position to manage the next exciting chapter of securing a new home for the iconic Vulcan aircraft. XH558 is somewhat of a celebrity in these parts and has a supporter base all over the country.”

Robert Pleming continued with an update on the likely timescale of works, noting: “This is a fundamental milestone passed, with vital element of full funding for the build now to achieve. We are talking with a number of interested potential individual investors with regard to raising the total of £3million needed to complete the project, with the hope of concluding negotiations by the spring. Our business model is well-tested and will deliver an educational and inspirational experience for over 6 million people within a one-hour driving distance. It is believed that the detailed internal design and construction can be completed within 12 months, enabling a spring 2019 opening date.”

Speaking on behalf of Doncaster Sheffield Airport where the hangar is planned to be built on land on the northern perimeter with access to the runway, Chief Executive, Steve Gill, added:

“This new development to house the Vulcan can provide a truly outstanding visitor attraction that along with other developments we are aiming to realise for the airport site, will bring significant educational and tourism benefits to the immediate area.

The excellent motorway transport links including the soon-to-be finished final section of the Great Yorkshire Way right to the main terminal building, will allow people from all over the country to easily visit the site. We look forward to working with the Vulcan team on making their vision a reality.”

Robert closed by saying: “This is the first stage of an exciting plan the Trust is developing for 2018 and over the next 10 years. We will use the undoubted attraction of Vulcan XH558 for the benefit of all, and importantly future generations, both in what we can deliver now in terms of inspirational experiences, and on what we can promise through demonstrating, preserving and utilising examples of Britain’s valuable aeronautical and engineering achievements.”

The new Vulcan Heritage Hangar & Visitor Centre will house Avro Vulcan XH558, the last aircraft of Britain’s mighty V-Force that ceased flying in 2015. It was subject to a remarkable restoration project supported mainly by public donations that gave a further eight seasons of unforgettable display flying beyond that achieved while she was operated by the Royal Air Force. The aircraft gained millions of followers and generated what became known as ‘The Vulcan Effect’ at airshows across the country and indeed, Europe. It is estimated over 25 million people saw the aircraft around the United Kingdom and Northern Ireland, many of whom would not have been born when the aircraft type was fully operational in its original role.

The Trust plans that XH558 will be joined by working exhibits and activities that will inspire youngsters of all ages to become involved with aviation, engineering and technology, through showcasing British design and innovation from its world-leading aeronautical industry. 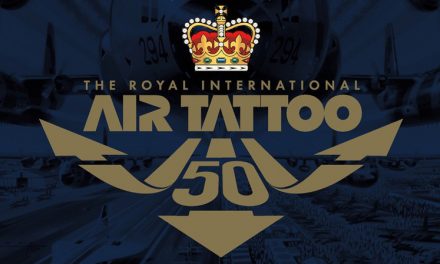 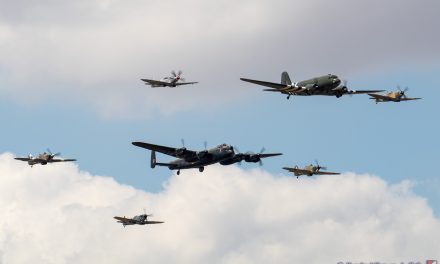 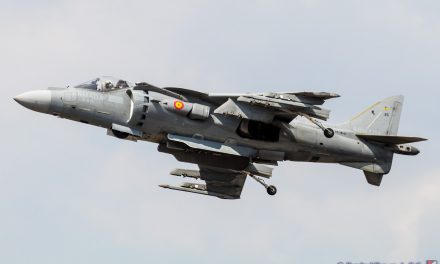