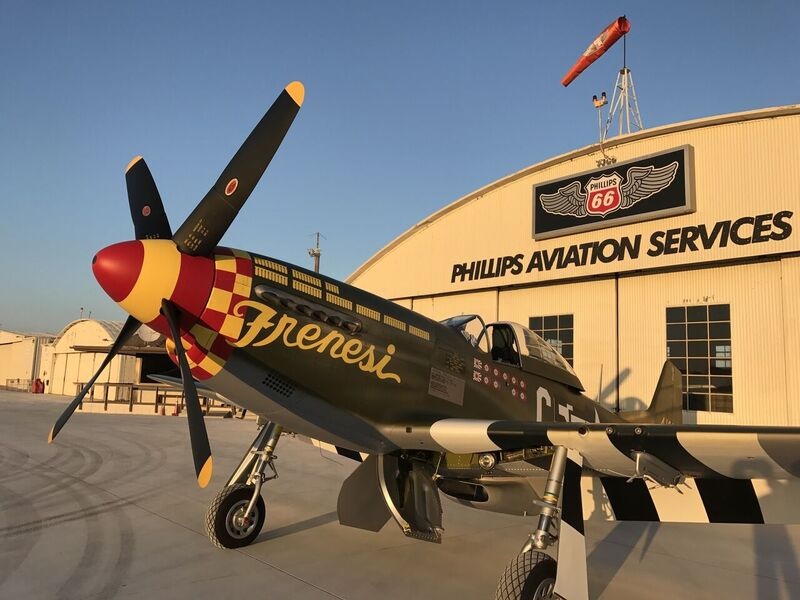 The Royal International Air Tattoo’s celebrations marking the 70th anniversary of the United States Air Force at RAF Fairford on July 14-16 will feature a special ‘then and now’ formation of American fighter aircraft, as a North American P-51D Mustang from the Second World War teams up with a present-day Lockheed Martin F-22A Raptor.

This USAF Heritage Flight display will involve a P-51D visiting from the United States and flown by leading US warbird pilot Dan Friedkin. Provided by Comanche Fighters of Houston, Texas, the Mustang in question is named Frenesi and only emerged from a 12-year restoration earlier this year.

Built in 1944 as an F-6K reconnaissance variant, the aircraft was only on US Army Air Force strength for a short time before being deemed surplus to requirements during 1946. It spent a period in civilian hands prior to 30 years’ service, from 1954-84, with the Dominican Air Force.

Back in the US as a preserved warbird, the Mustang was active again by 1990, and painted as 357th Fighter Group aircraft Frenesi (named after a wartime song of that title, popularised by legendary US band leader and clarinettist Artie Shaw). It has been returned to those markings following its recent restoration for Comanche Fighters by Midwest Aero Restorations of Danville, Illinois.

The original Frenesi was the mount of Lt Col Thomas Hayes, who flew Curtiss P-40s and Bell P-400s in the Pacific theatre before being deployed to Britain with the 357th Fighter Group and stationed at Leiston, Suffolk. Hayes scored eight-and-a-half aerial victories in combat, two in the Pacific and the remainder over Europe. He chose the name Frenesi for his P-51D as the song was a favourite of his and his wife’s.

Air Tattoo spokesman Richard Arquati welcomed news of the Heritage Flight’s participation, saying it was a great addition to the airshow’s USAF 70th celebrations. “To see two iconic military fighters, which operated 70 years apart, fly side by side will be a fitting anniversary tribute and will be a sight not to be missed.”

The USAF Heritage Flight programme was established 20 years ago to mark the air force’s 50th anniversary. Its displays bring together civilian-owned warbirds and modern military aircraft. RIAT 2017 will feature the sole Heritage Flight performance in Britain this year. The F-22 accompanying the Mustang will be flown by Maj Dan ‘Rock’ Dickinson of the 1st Fighter Wing at Langley Air Force Base, Virginia, following on from his spectacular solo demonstration of the state-of-the-art air dominance fighter. 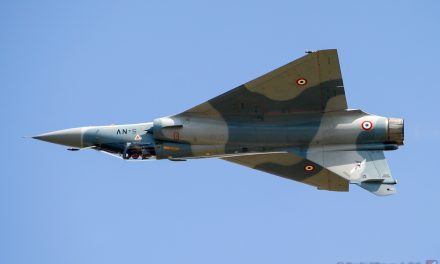