Get your cameras at the ready as ‘Miss Pick Up’, a 74-year-old Catalina, G-PBYA, will be gracing the skies over RAF Scampton this September as part of the Scampton Airshow’s exciting five-hour flying display.

Spectators at the inaugural airshow will be treated to an extraordinary appearance from arguably the most famous and successful fixed-winged seaplane ever built. Displayed by Plane Sailing, the Catalina G-PBYA is one of only a handful of flying boats still in operation today and, like the Scampton airfield itself, Miss Pick Up is steeped in aviation history.

Rod Brooking, one of the pilot/share-holders of the Plane Sailing team, said: “It is a real privilege to be part of the operation to keep one of the few remaining airworthy examples of this iconic flying boat in airworthy condition and we are proud to be invited to display it at RAF Scampton.”

Although G-PBYA was originally built for the Royal Canadian Air Force, the type was used in WWII by all the allied air forces, the US Navy and the US Army Air Forces as a submarine hunter, as well as in long range reconnaissance and Air-Sea Rescue roles. After the war, it was used briefly as a freighter before conversion to a water-bombing fire fighter.

Based on some original WWII photos, the racy Miss Pick Up nose art and its light-hearted play on words for a pin up girl and a rescue aircraft are a salute to the Catalina’s rich history.

Scampton Airshow Director Paul Sall said he is thrilled to be able to welcome such a popular aircraft to the Lincolnshire event. He said “As the airshow draws closer we are starting to see a fantastic variety of aircraft confirming their place in the flying display, each with their own exciting piece of history.

“This Catalina was built in what many people still consider to be the golden era of aviation and, 74 years on, it still inspires younger generations with the wonders of aviation. It will be a truly spectacular occasion to see it take flight right here in Lincolnshire and one I’m sure that many people will be eager to come along and witness.”

The Scampton Airshow, staged in aid of the RAF Charitable Trust, will be held at RAF Scampton – the Lincolnshire home of the Red Arrows – from September 9-10. The diverse, family-friendly event will encompass an impressive five-hour flying display, complemented by an array of entertainment on the ground, from a nostalgic Vintage Village through to interactive and engaging STEM exhibits in the Techno Zone.

Tickets for the Scampton Airshow are priced at £39 and must be bought online in advance. Inspiring the next generation of aviation enthusiasts, tickets for under 16s are free with a ticket holding adult. To find out more about the Scampton Airshow, or to buy your tickets, please visit www.scamptonairshow.com or call 01522 396600. 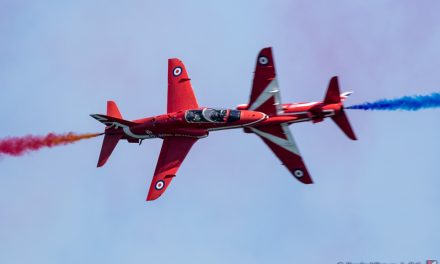 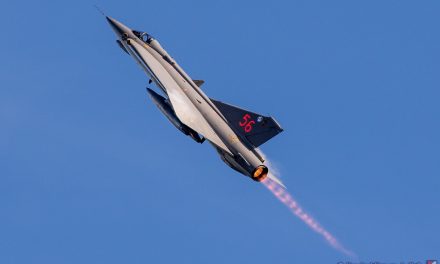 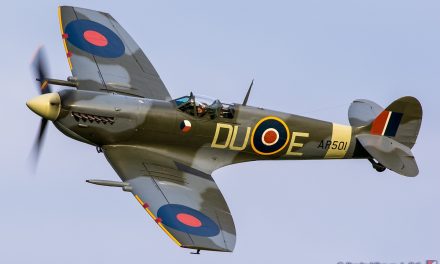