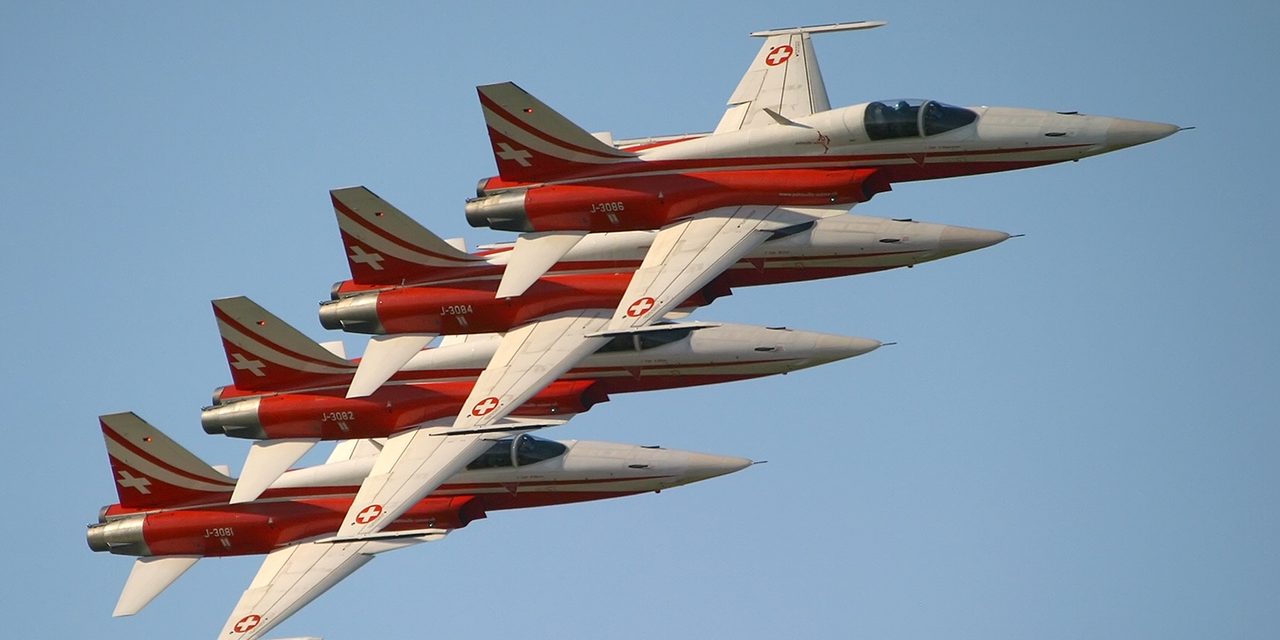 The Swiss Air Force’s superb Patrouille Suisse national display team has confirmed that it will participate in RNAS Yeovilton International Air Day’s flying display on Saturday 8 July. Making its first visit to RNAS Yeovilton in a decade, Patrouille Suisse’s mesmerising performance will undoubtedly be one of the memorable highlights at the Somerset airshow.

Equipped with six Northrop F-5E Tiger IIs, painted in the Swiss national colours of red and white, including a large painted flag on the aircraft’s underside, the team’s National pride is both evident and prominent. Regarded as one of the best display teams in Europe, the Patrouille Suisse performs with great precision and panache. Its routine is based on smooth formation manoeuvres, interspersed with dramatic solo and duo passes and includes the outstanding ‘Tunnel’ – one of the most exciting manoeuvres flown by any national team. 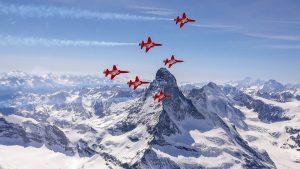 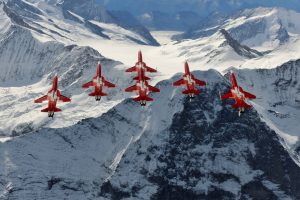 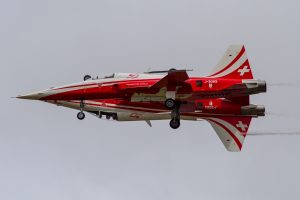 The Patrouille Suisse was created in 1964, in celebration of the 50th Anniversary of the Swiss Air Force. Initially equipped with the beloved Hawker Hunter, which it flew for over 30 years, it converted to the Tiger IIs in 1995. Its continued operation of front line combat aircraft throughout its existence marks it as unique on the European Airshow circuit, in contrast to the training Hawks of the Red Arrows for example.

Further display team, fast jet and historic aircraft participation news will be announced in due course. Discounted advance tickets can be purchased at www.royalnavy.mod.uk/yeovilton-airday . 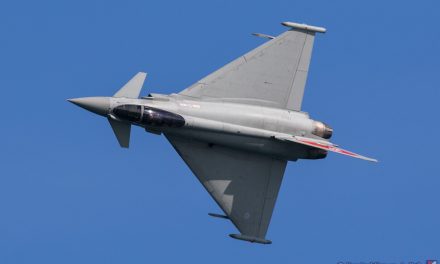 AIRSHOW NEWS: Heavyweight set to be a huge hit at Air Day