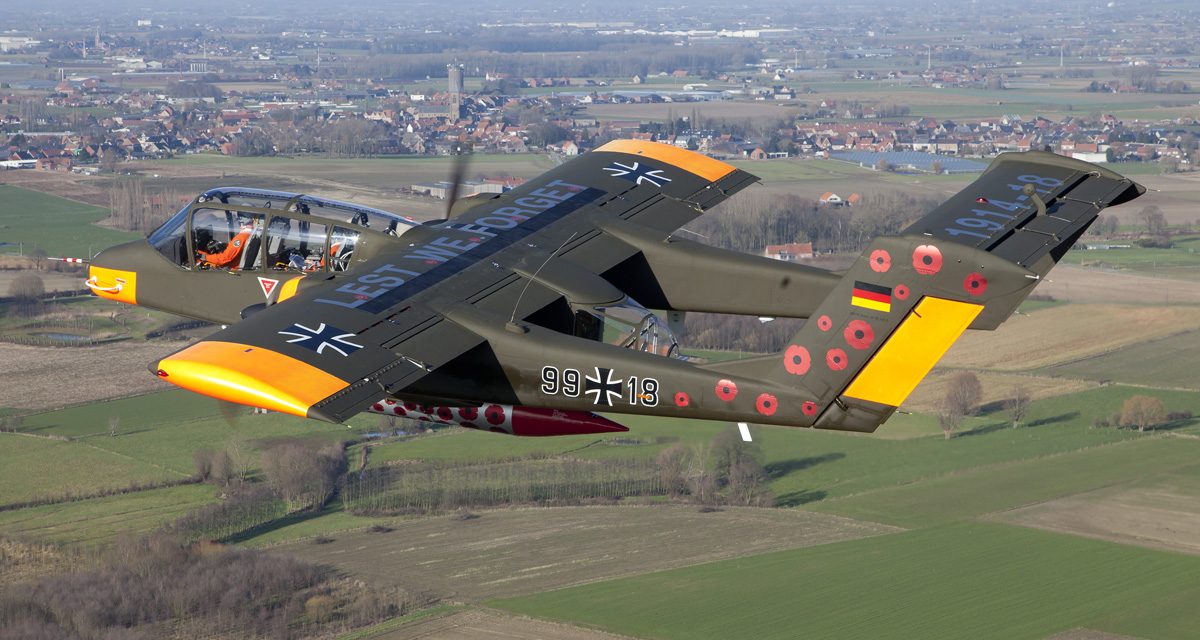 The Bronco Demo Team’s OV-10 will be bringing Poppies from Flanders Fields to venues and airshows all over Europe in 2017; supporting a message of peace and reconciliation in remembrance of the sacrifice by so many 100 years ago.

The Bronco Demo Team is based at Kortrijk-Wevelgem airport situated just 12 nm East from the Ypres salient. The airfield was first used during World War I, initially by German fighter squadrons and later, during the advance of the Allied Powers leading to the end of the conflict, by the Royal Air Force.

As a commemoration of The Great War, the Bronco Demo Team has adorned their OV-10 Bronco in a truly amazing new “Poppy” livery. The Poppies and “LEST WE FORGET, 1914-18” graphics reflect light differently when the aircraft moves, producing a different shine and brightness at various angles. The effect is outright awesome and very unique! 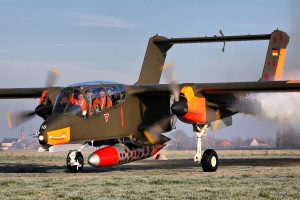 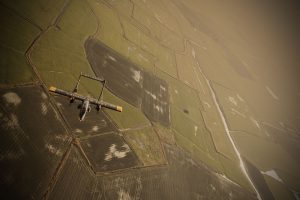 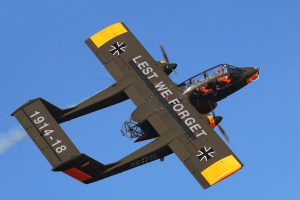 Our OV-10 Bronco will carry actual Poppy seeds to venues and airshows in 2017, underlining the theme. The seed packets will be offered for sale at the shows, with each bag individually marked with flight date and show name. A portion of the proceeds will be donated to charity.

On Wednesday 15 February 2017 Bronco Demo Team’s OV-10 Bronco G-ONAA undertook an extensive tour of the WWI battle fields around Ypres overflying many of the memorials and cemeteries that lay as silent witnesses to the atrocities inflicted a century ago. 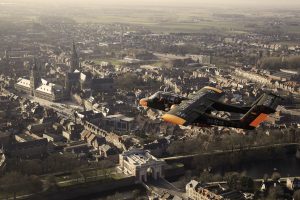 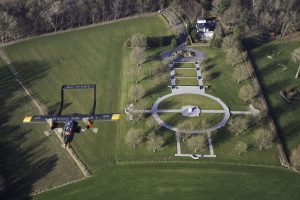 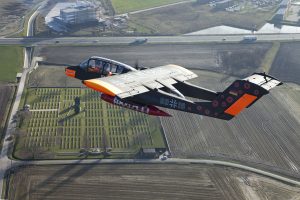 Our initial attempts to conduct this special flight were marred by the typical weather often prevalent in the cold and damp Flanders Fields this time of the year. These harsh conditions bear us to reflect even more on the pain and suffering endured by so many fighting a seemingly endless battle. 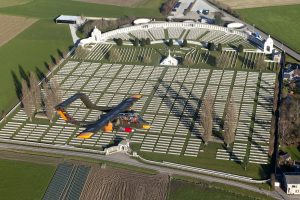 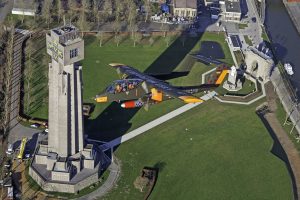 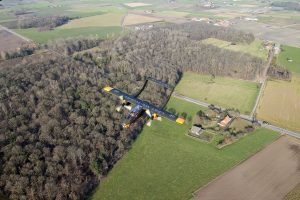 The flight took in no less than 17 memorials and a due record was made on photo and film.