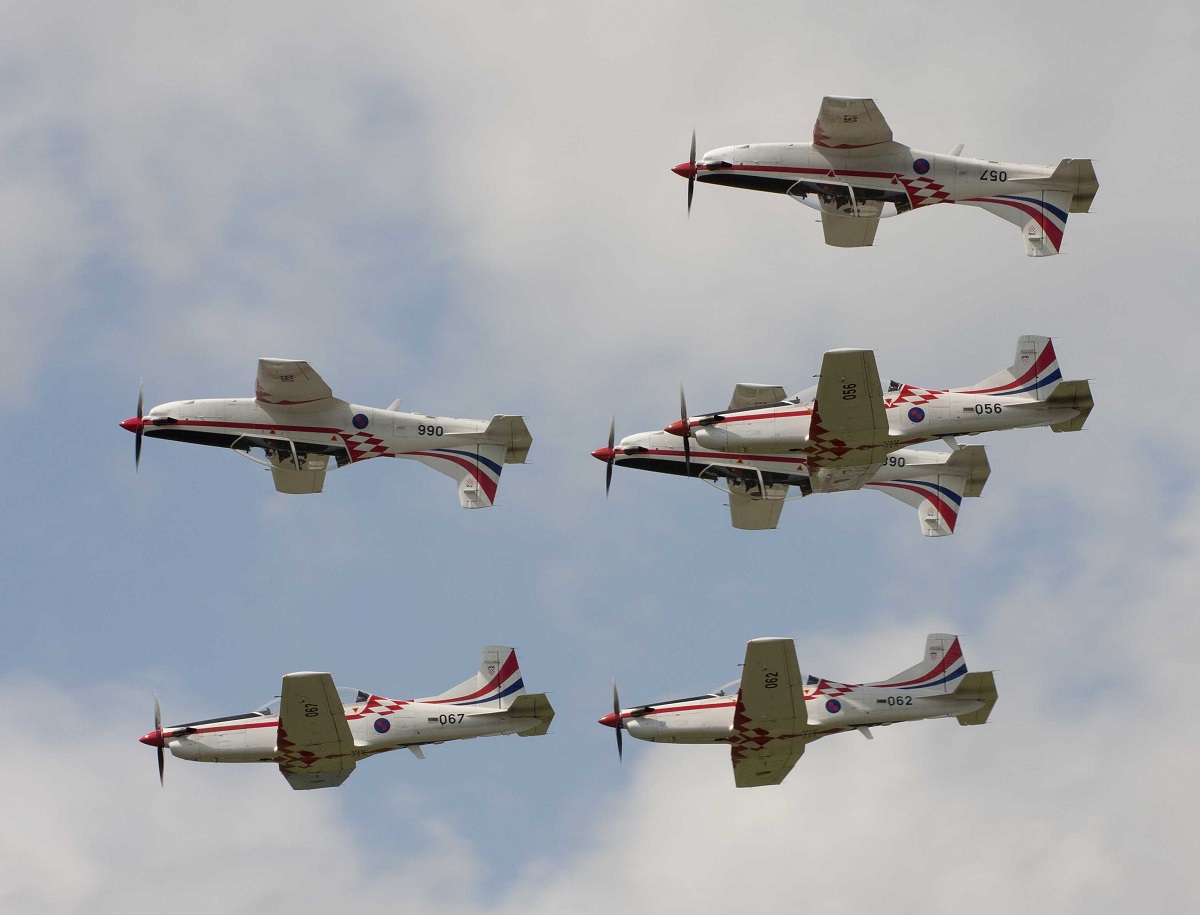 The UK display debut of aerobatic team Krila Oluje at RAF Fairford in the Cotswolds this summer will see Croatia become the 56th nation to take part in the Royal International Air Tattoo since it was established in 1971.

Krila Oluje fly six Swiss-built PC-9M turboprop aircraft and are renowned for performing attractive and imaginative display sequences including dynamic close-formation, opposition and solo elements. Its pilots and aircraft are drawn from the ranks of the 93rd Air Base at Zemunik near Zadar on the Adriatic coast.

Since its first public appearance in 2004, Croatia’s national aerobatic team, whose name translates as Wings of Storm, has displayed around the world but it has never before appeared in the UK.

The name Krila Oluje salutes a major Croatian military operation named ‘Oluje’ (Storm), which took place in August 1995 during the country’s war of independence from the former Yugoslavia. It was the climax of that campaign and a major event in the wider Balkan conflict of that era.

Another treat for visitors to RIAT 2016 comes in the form of the Krila Oluje support aircraft, a Mil Mi-171 transport helicopter, which will be on static display.

RAF Charitable Trust Enterprises’ Chief Executive Andy Armstrong said: “The Air Tattoo team is always extremely happy to add new countries to the long list of participating nations, and Croatia’s presence in 2016 is sure to be a highlight of the show. Not only will this be the display team’s first appearance in the UK but it will be the first time any Croatian aircraft has appeared here. For this reason alone, I am sure they will receive a particularly warm welcome when they touch down in July.”