First details have been announced of the plans for the Skylive AirShow at Durham Tees Valley Airport in May—including news that world-famous and iconic aircraft from different eras will be entertaining the thousands expected to visit the event.

Air show organisers Skylive Events have scooped top-line attractions, including the world’s premier aerobatic display team, the RAF Red Arrows, together with historic aircraft from the Battle of Britain Memorial Flight, the RAF Typhoon and the Falcons parachute display team. Says Chris Petty from Skylive Events “When we had to postpone our inaugural air show last year following the tragedy at the Shoreham display, we promised that we would come back bigger and better than ever this year—and that’s exactly what we are doing.” 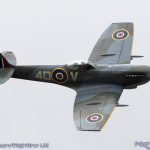 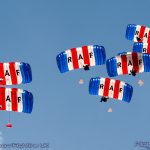 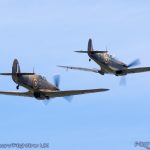 “It is a real coup for us to have agreed with the RAF for four of their top displays to take part on May 28th and I’m sure there will be great excitement of the prospect of not only watching the Red Arrows give their breathtaking display but also seeing their aircraft and crew at close hand as they will be landing and spending some time on the ground.”

“Given the airport’s history as an important air base during World War Two, it is particularly significant that the Lancaster, Spitfire and Hurricane from the Battle of Britain Memorial Flight will be taking part, whilst the Typhoon display will showcase the incredible performance of the aircraft and excellence of the RAF personnel who fly, maintain and support Typhoon operations in the UK and across the world.”

“Widely recognised as the UK’s premier military parachute display team, the Falcons are known for their amazing demonstrations of freefall and canopy skills.”

The Air Show will include a day-long programme of events, including flying and static aircraft, a huge army display, classic and historic vehicles—and what promises to be one of the area’s biggest fairs. Further attractions will be announced in the near future and information on the event, together with arrangements for booking tickets, will be available on the Air Show website www.skyliveevents.co.uk which will be live on Thursday (March 3rd). 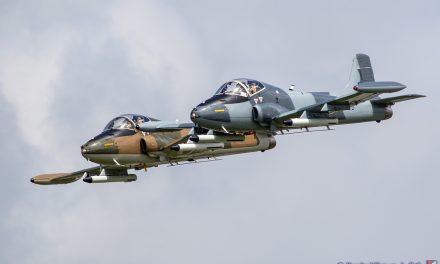 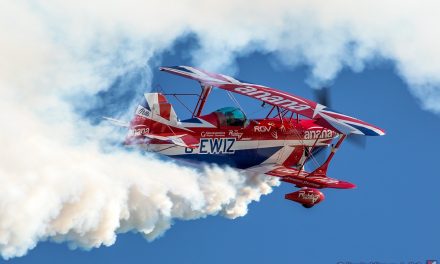