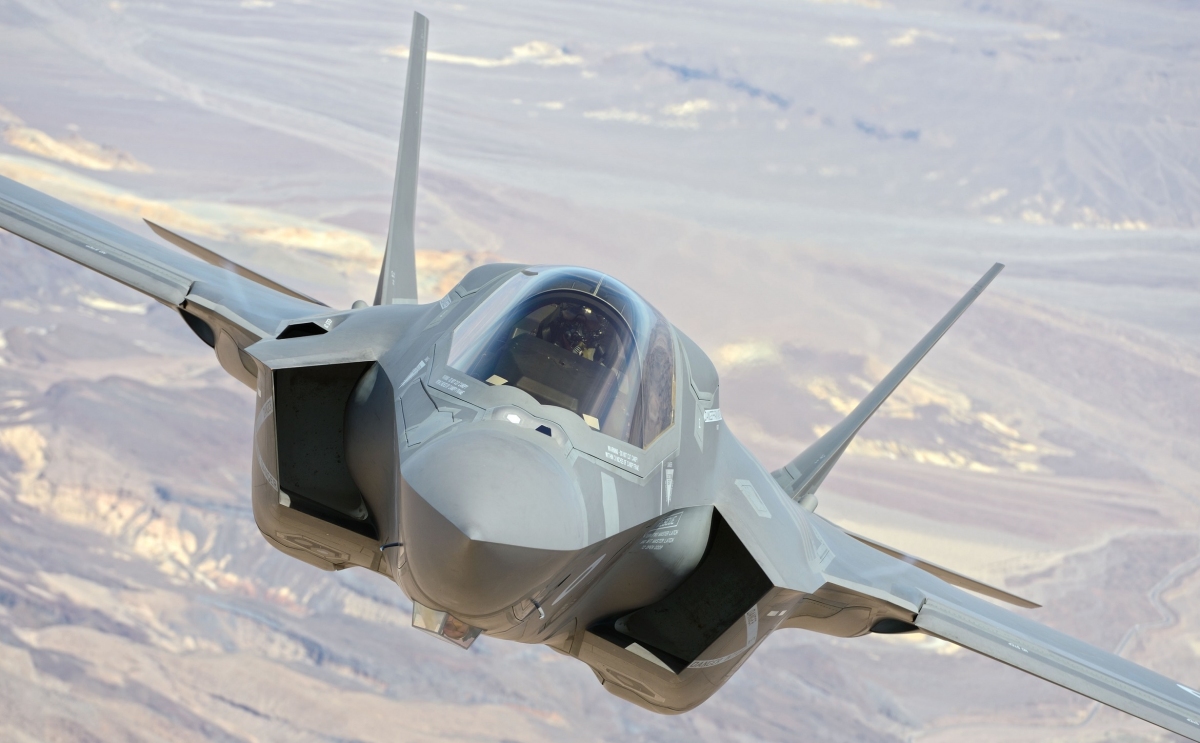 AVIATION history is set to be made in the UK this summer when, in a major airshow ‘first’, the Lockheed Martin F-35 Lightning II, the Joint Strike Fighter, makes its much-anticipated international display debut.

Visitors to the Royal International Air Tattoo at RAF Fairford will be the first outside the US to see the stealthy, supersonic aircraft’s state-of-the-art capabilities when it displays on all three days of the airshow (July 8-10).

Defence Secretary Michael Fallon said: “The F-35s are the most advanced fast jets in the world. Whether operating from land or from one of our two new aircraft carriers – the UK’s largest ever – they will ensure we have a cutting edge and formidable fighting force.

“The plan for F-35 aircraft to take part in air shows here in the UK this summer is a significant milestone – for our RAF and Royal Navy personnel training hard to fly the F-35; for British industry who are contributing an impressive 15 per cent of every aircraft; and for the British public who will have their first opportunity to see this remarkable aircraft in action.”

Prime Minister David Cameron recently announced that he planned to speed up the purchase of 24 of the multi-role combat aircraft, a decision that will see two front-line squadrons operating from the UK’s two new aircraft carriers by 2023.

Air Tattoo organisers anticipate that examples of the F-35B, the short take-off/vertical landing version, will demonstrate the Harrier-like ‘hover’ capability required for operation from austere land bases and aircraft carriers.

Its appearance at RAF Fairford in July will be the latest in a long list of legendary military aircraft that have made their UK debut at the Air Tattoo. These have included the F-14 Tomcat in 1976, the MiG-23 in 1991, the Typhoon in 1995, the V-22 Osprey in 2006 and the Japanese Maritime Self Defense Force Kawasaki P1 in 2015.

Air Tattoo Chief Executive Andy Armstrong said: “No doubt, the sight of F-35s in the sky will be quite common for future generations but this summer, all those who attend our airshow will enjoy a first glimpse of that future. Over the years, the Air Tattoo has featured the UK and European debuts of some of the world’s most iconic aircraft but few will have been as important to the UK’s future defence capability as the F-35. I am sure many people will want to join us to witness this piece of aviation history being made.”

US Marine Corps (USMC) Deputy Commander for Aviation, Lt. Gen. Davis said: “The US Marine Corps is looking forward to demonstrating the capabilities of the F-35B Lightning II in the skies over the United Kingdom this July.”

The Air Tattoo is staged annually in support of the RAF Charitable Trust. Tickets for the event are only available in advance. Specially-priced Super Earlybird tickets for this summer’s Air Tattoo, on July 8-10, are available until January 31 from airtattoo.com. All accompanied under-16s go free. Free parking.