2015 is a major year for RAF Northolt as the station will be celebrating its centenary. Indeed, it is the first current Royal Air Force station to do so. A number of special events are planned over the year including a return of the “Open Day” in June.  For aviation and photography enthusiasts, he first event of the Centenary year was the 18th “Nightshoot” which once again brought together an eclectic mix of aircraft.

Paul Johnson/Flightline UK reports. All photography by the author.

As “London’s Military Airport”, Northolt is still an important base for the Royal Air Force 100 years after it first opened to military flying. No 32 Squadron and the RAF Northolt Station Flight maintain the presence of military flying units at the airfield providing a range of logistical capabilities to the Royal Air Force. 32 Squadron in particular responds to tasks around the globe with its mixed fleet of Agusta A109, BAe 146 CC2/CC3 and BAe 125 CC3. 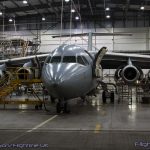 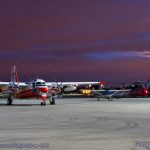 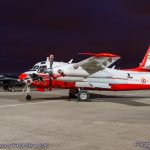 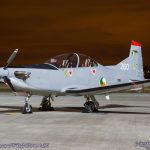 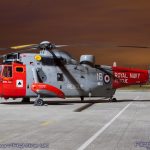 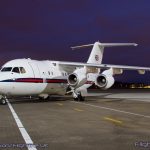 For the BAe 125, March 2015 also signalled retirement from the service by the end of the month. However, the ‘125 was still busy right up to the end. Only one aircraft was available to take part in the Nightshoot with the other all away on tasks.  32 Squadron’s other fixed wing type, the BAe 146 was slightly more abundant with one outside on the line and another two on show in the hangars.

The Royal Navy, and in particular RNAS Culdrose made a sizeable and welcome contribution. The relatively newly reformed 736 Naval Air Squadron sent one of its BAE Systems Hawk T.1s wearing the special “Fly Navy” markings from 2009’s Centenary of Naval Aviation. After many times of trying, it was good to see a Westland Sea King HU.5 from 771 NAS in the line too. The Search and Rescue Sea Kings of both the RAF and Royal Navy really are in the twilight of their operation careers as the new civilian Search and Rescue service operated by the Maritime and Coastguard Agency starts to take over the coverage of UK waters. 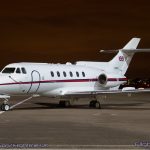 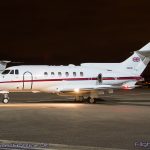 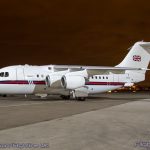 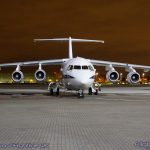 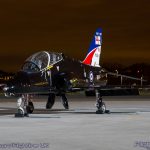 As ever, there was a very good selection of rare European aircraft on show. The Irish Air Corps have been great supporters of the various “nightshoots” and for this event, one of their seven Pilatus PC-9M. The PC-9M is primarily a training aircraft, thought the Irish Air Corps also task the aircraft in the close air support role in support of land forces. 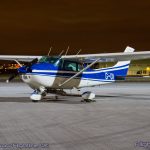 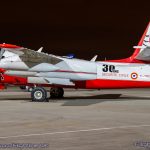 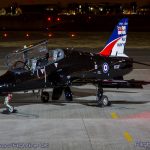 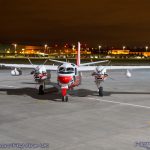 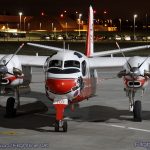 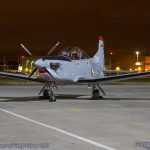 Making an incredible rare appearance in public was a Belgian Federale Politie Cessna C182. One of just two aircraft in service, the Cessna 182 is used by the Federale Politie for surveillance tasks such as traffic monitoring, aerial photography, aerial escort, environmental monitoring and pilot training. The aircraft is equipped with a multitude of different antennae for it surveillance tasks as well as large exhaust silencer. While it may not be a glamorous or noisy aircraft, the appearance of a Federale Politie machine at Northolt was something of a coup, particularly as the aircraft is so rarely seen at all, even in its home country of Belgium. 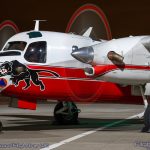 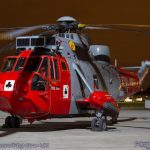 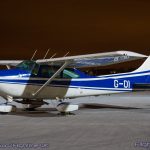 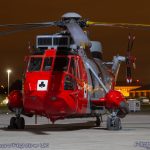 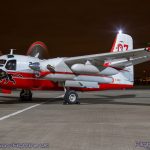 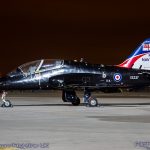 Perhaps the star of the event was once again a Conair Turbo Firecat from the French Securite Civile. Turbo Firecats are conversions of Grumman S-2 Trackers into highly effective aerial fire-fighting aircraft. After many times of trying, the Securite Civile finally managed to bring F-ZBEY “07” to Northolt. Getting the aircraft to Northolt is not as straight forward as you think. Firstly, the aircraft have a major fire-fighting role and cannot be taken away from duties during the very long southern European wildfire season. Also the long transit for the aircraft has to be done in a small window of weather conditions as the aircraft has no de-icing gear.  “07” is special as it wears special markings celebrating the 30th Anniversary of the Securite Civile. Prior of conversion into Firecat configuration, “07”was a Grumman TS-2A Tracker which was a training variant of the widely used Maritime Surveillance aircraft. 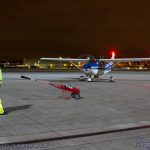 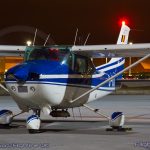 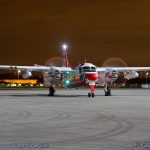 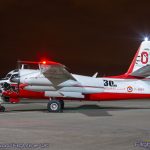 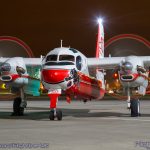 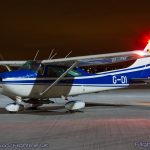 Northolt is always a cracking way to start the year. RAF Northolt have to be thanked for opening their gates for such an event to happen with the superb facilities the Southern Hangar complex offers for photographic events. However, the event just wouldn’t happen without the sterling efforts of Phillip Dawe was puts so much effort into bringing the aircraft together as well as doing much of the administration for the attending photographers.