The RAFA Shoreham Airshow really has something to shout about in 2015, and that’s before we even get to their plans for this year’s show! Record crowds in 2014 saw their total donations to the Royal Air Forces Association top the £2million pound mark – no small achievement for what is a wholly volunteer organised event. Wednesday 13th May saw the airshow team hand over a symbolic cheque to RAFA for the £2million pounds as well as unveiling the plans for their 26th Airshow to be held on the 22nd-23rd August.

Paul Johnson/Flightline UK reports. All photography by the author. Video by Blue Foam.

25 years ago, the later Don Bean and Peter Eager started an event that would grow into one of the best airshows in the country. Backed by the Shoreham-by-Sea Branch of the Royal Air Forces Association, the key to the success was a relaxed atmosphere enjoyed by the public and pilots alike, varied flying displays and a unique backdrop of the South Downs and the imposing architecture of Lancing College. The show has not been without challenges, but each year has made impressive donations to RAFA with proceeds raised from ticket and trading space sales.

Sadly, Don and Peter passed away after the 2012 event, but the show has continued in much the same vein. The 2013 and 2014 shows saw the flying display reinvigorated by Flying Display Director Rod Dean bringing in a short lunch break, radio controlled model aircraft displays and perhaps most importantly, unique formations and rare aircraft not often seen at other UK airshows. This has really helped Shoreham stand out during the busy period of airshows in Southern England during the summer holiday period.

2014 was a record year for Shoreham. The sun shone and they welcomed its largest ever crowd to Shoreham. Those numbers were in no small part due to Shoreham’s inclusion on the Canadian Lancaster Tour. In the event, due to engine problems, the Canadian Lancaster was unable to attend but such was the quality of the other flying displays the show was still one of the season highlights for many. That record crowd also meant a record donation to the Royal Air Forces Association in excess of £200,000! 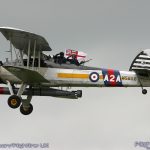 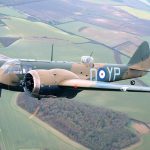 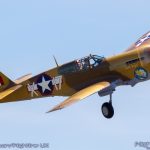 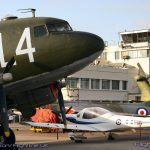 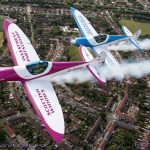 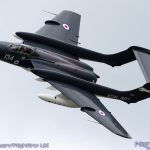 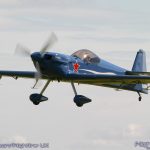 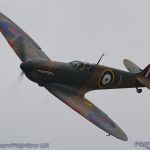 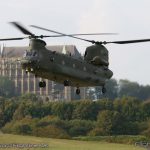 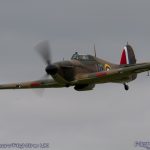 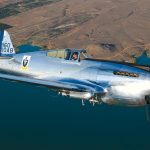 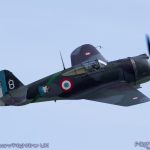 The Royal Air Forces Association is membership organisation and charity that provides welfare support and comradeship to the wider RAF Family. The charity is not supported by the government and relies on donations from members and other sources such as the general public, business and events like the Shoreham Airshow to complete its work each year.

The 2014 donation took the airshow through a major milestone. Since the first event, it has now raised well over £2 million pounds for RAFA over the past 25 years; a great achievement which were marked by a celebratory cheque presentation at Shoreham Airport during the press launch. Air Marshall Sir Dusty Miller KBE and Nick Bunting from the Royal Air Forces Association were on hand to accept the symbolic cheque from airshow organiser Derek Harbar and some of the organising committee and volunteers that run the show.

“What an achievement to have raised such a terrific amount for our Association. The hours of work that you as a team at Shoreham put into running this event proves to others that if it runs in a professional manner you can compete with the world’s best aviation events. As all of you are volunteers, you should be so proud!” commented Sir Dusty

Also announced at the launch was that Vic Norman who has supported the show since the very beginning would be the show patron for 2015. Vic, who has recently returned from displaying in Japan with his team commented “In my opinion Shoreham is the best UK Airshow; it is a family event and one of the pilot’s favourite venues. I am so honoured to be asked to be its Patron for this year. I have watched it grow from strength to strength to what it is now. It is a pleasure to meet and work with such a dedicated team – we are all one Happy Family,” .

The organising team also took to opportunity to launch their 2015 show. As with many of the major airshows, Shoreham will be marking the 75th Anniversary of the Battle of Britain. The centrepiece of this commemoration will be the return of the traditional “Shoreham Scramble.” For this special anniversary, many of the aircraft taking part in the scramble will be representative of the aircraft variants that took part in the Battle. The actual scramble will feature two Supermarine Spitfire Ias and two Hawker Hurricane Is which will fend off an attack from Luftwaffe fighters. Also starring in the wider “Battle of Britain Scenario” will by the Aircraft Restoration Company’s newly restored Bristol Blenheim I. 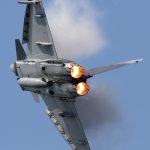 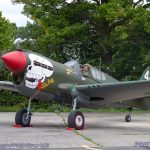 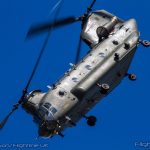 The Royal Air Force will be making a substantial contribution to the weekend’s flying. The Battle of Britain Memorial Flight will be continuing their long association with the event with their iconic formation of Avro Lancaster, Supermarine Spitfire and Hawker Hurricane. The RAF Falcons Parachute Display Team will also be jumping in on both days.

Three very different solo displays will appear over the weekend. Already announced before the press launch, both the Grob Tutor T1 and award winning Boeing Chinook HC4 displays will appear on both days of the show. Certainly, the return of the Chinook to Shoreham after quite a few years absence is a major boost to the show. On the ground, examples of the Shorts Tucano T1 and Beechcraft King Air B200 will be on static display. Joining the Royal Air Force contingent on Sunday 23rd August only will be the RAF Typhoon Display Team with Flt Lt Jonny Dowen giving a solo display of the RAF’s frontline fighter.

While the Battle of Britain is the major theme for the flying, there are plenty of other themes running through the flying display. The Curtiss lineage of Hawk fighters will represented by four different examples of that family of fighters; the Fighter Collection will be sending their Hawk 75A-1, P-40C Warhawk and P-40F Warhawk and a P-40M Kittyhawk will come from the Hangar 11 Collection. Another star “warbird” will be the Junkers Ju-52/3M-4 from l’Amicale Jean-Baptiste Salis which will be making a rare UK appearance and certainly its first away from Duxford and RIAT. Shoreham will also see the Great War Display Team display with up to 10 aircraft this year

As always, Shoreham have a stellar line-up of civilian display teams and pilots. 70 years of the Pitts Special will be marked by a display by Lauren Richardson in her Pitts S-1S Special while Justyn Gorman will give a special one-off display in a CAP 232. A new act to Shoreham this year will be Peter Troy-Davies in his Rotorsport Calidus Autogyro which has been such a well-regarded and exciting display at other venues. Shoreham favourite, The Blades will also return to Shoreham in their new silver livery.

Another act returning for 2015 is O’Brien’s Flying Circus with a classic barnstorming routine of craxy flying and trailer-top landing stunts. Brendan himself was on hand during the press day to talk about his flying exploits and his plans for the 2015 season which include even more lighting and pyrotechnic modifications to his venerable Piper J3 Cub.

The amazing “Little and Large Extra Duo” will be back with Chris Burkett flying his full sized Extra 300S flying along a 40% Scale Radio controlled Extra flown by chamion pilot Mike Williams. They stole the show last year so be sure to catch their display this year. Further R/C models will be seen during the hour lunch break.

Classic jet fans are not left out. Already confirmed are displays by the Jet Provost T.Mk.5 and the mighty Sea Vixen FAW.2 with others still to be confirmed. However, the Avro Vulcan B.Mk.2 XH558 will be back over Shoreham on Sunday 23rd August.

It is of course not just about flying. Shoreham’s showground will be full of traders, classic cars, military vehicles and some more family friendly attractions to keep everyone happy. Shoreham is always one of the most relaxed and enjoyable shows during the holiday period and 2015 looks to be one of the best ever!

Tickets for the show remain at their 2014 prices and are on sale from http://www.shorehamairshow.co.uk