The 2014 Bournemouth Air Festival, supported by Mouchel and City Fibre, has confirmed the line up of this summer’s magnificent aircraft – from historic flying machines, jets and display teams to sparkling dusk displays and parachute teams, there’s something for everyone. This year organisers have developed Night Air, sponsored by Corona, and are welcoming a number of new aircraft to the Festival including the much anticipated Canadian Lancaster, displaying at the weekend with the Battle of Britain Memorial Flight, and the Mid Air Squadron Canberra XH134.

In 1951 the Canberra joined the RAF as the first jet powered bomber. Believed to be the world’s longest serving bomber, the aircraft retired from active duty in 2006, now fully restored it is the only air-worthy Canberra of its type in the world.

Headlining the aviation action are the Red Arrows – representing the incredible speed, agility and precision of the Royal Air Force they will be displaying on all 4-days, Thursday at 1515, Friday 1500, Saturday 1635 and Sunday 1210. The RAF will also be displaying the Eurofighter Typhoon (Friday, Saturday and Sunday) and Tutor and Tucano training aircraft. The much anticipated weekend display will undoubtedly be when the world’s last two airworthy Lancaster bombers take centre stage the breathtaking Canadian Lancaster with the Battle of Britain Memorial Flight – in a meeting unlikely to happen ever again this is a must see for everyone.

There will be a host of Armed Forces helicopters taking to the skies with performances from The Royal Navy Merlin and for the first time a Lynx and Wildcat pairing; watch out for the Army Lynx and RAF Chinook, both flying every day.

Bournemouth favourite the Miss Demeanour soars to the Festival on Friday and Saturday and back to impress with magnificent grace Friday, Saturday and Sunday is the Flying Fortress SallyB. The recently announced Avro Vulcan displays Saturday.

This year the fantastic daytime air display program is complemented by a longer dusk display starting at 7.15pm on Thursday, Friday and Saturday night. New for this year’s Night Air line-up are the Blades performing a sunset display Friday and Saturday night (and Sunday daytime). Sponsored by the Miramar Hotel O’Briens Flying Circus and the Twister Duo will set the skies alight and The Red Devils Parachute Team, sponsored by the Patrons 100 Club, finishes the evening line up.

Jon Weaver, Air Festival Director added; “This year’s line-up is really ambitious, it’s got Festival favourites, Force and civilian teams, fast jets, loud aircraft, display teams and a sprinkle of dusk pyrotechnics. That’s not forgetting everything that’s happening on the ground, at sea and in the evening!” 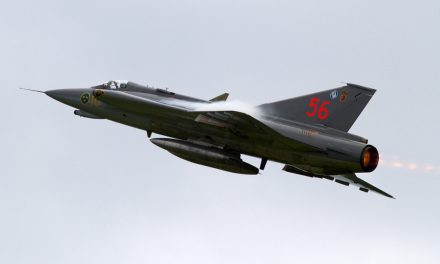 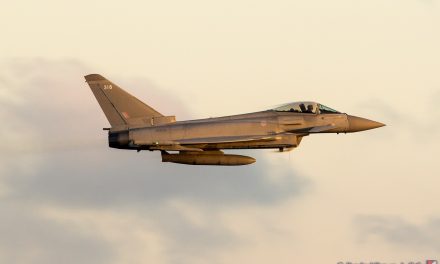