AIRSHOW NEWS: Air Day all set for Take Off!

Final preparations are taking place to welcome over 30,000 visitors to the Royal Naval Air Station Yeovilton’s annual International Air Day on Saturday 26 July. Few events can rival the intensity, drama and spectacle on offer at the award winning show, one of the Southwest’s largest one day events. It promises to be anaction-packed day out for all the family with thrilling flying displays and plenty to see and do on the ground.

RNAS Yeovilton’s Air Day will be celebrating Carrier Aviation following the recent naming of the Royal Navy’s largest ever aircraft carrier HMS Queen Elizabeth. Visitors will experience over five hours of amzing flying displays which will include naval aircraft through the ages from rare historic warbirds like the Swordfish, Sea Fury and Skyraider to classic jets such as the mighty Sea Vixen and Hunter. The resident squadrons will perform spectacular role demonstrations such as the famous Commando Assault Finale, full of pyrotechnics. The ground displays will showcase modern Royal Navy assets and equipment with interactive displays showing the qualities, skills and professionalism of Royal Navy personnel working as a team to provide Front Line support to Protect Our Nation’s Interests.

Undoubtedly, the stars of the show for many will be roaring displays by the Swiss Air Force F/A-18 Hornet and the award winning Belgian Air Force F-16 representing the cutting edge of modern global fighter technology. Further participants include a trio of foreign military aerobatic teams from Belgium, Jordan and Denmark. Amongst the helicopter displays the Royal Navy Black Cats Display Team will incorporate the Wildcat into their routine and the unbelievably agile RAF Chinook will return to amaze all. The RAF will also be represented by the Battle of Britain Memorial Flight’s Dakota, Spitfire and Hurricane. The Dakota’s debut Air Day appearance will be particularly poignant with it being the 70th anniversary of the D-Day Landings. One of the nation’s favourite aircraft, the iconic Vulcan bomber XH558, will also be firing up her four mighty engines for another majestic performance over the Somerset skies. Another notable classic jet will be the world’s only airworthy example of the Canberra which will be a display not to be missed!

Although the aircraft and their amazing displays take most of the limelight at Air Day there is plenty to entertain the family on the ground. The Sporting Bears Motor Club has arranged a special static display for Air Day consisting of 40 rare and expensive cars. There will be arena displays from HMS Heron Volunteer Band and the fiercely contested Field Gun Competition between HMS Heron and HMS Seahawk (RNAS Culdrose). In the hangars, the Yeovilton Military Wives Choir will be performing and you will also find engineering fairs presented by My Future My Choice and Imagineering. These two organisations aim to inspire the next generation in a fun, hands-on, interactive way towards a career in engineering. A Forward Operating Base will be set-up by the Commando Helicopter Force with plenty of equipment and demonstrations to demonstrate how the Force supports the Royal Marines in theatre. There will also be trade stalls, funfair, simulators and pleasure flights if you manage to take your eyes off the sky.

Advance tickets are still available from local Tourist Information Centres until 25 July. Visit www.royalnavy.mod.uk/yeovilton-airday or call the Ticketline on 08445 781 781 for more details. 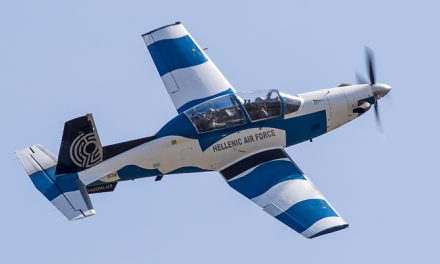 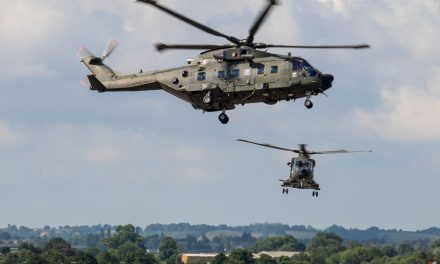