Hamilton, Ontario, Canada: The Canadian Warplane Heritage Museum (CWHM) continues to prepare their Avro Lancaster for its historic flight to England in August where it will join the only other airworthy Lancaster in the world, owned and operated by the Royal Air Force’s renowned Battle of Britain Memorial Flight (BBMF), and participate in several events and activities. The UK Air Display Schedule featuring both Lancasters for August only is now confirmed below:

Canadian Warplane Heritage Museum President & CEO, Sqn Ldr (Ret.) David G. Rohrer C.D., also a current Lancaster pilot, stated that since announcing the trip to England, “We have been overwhelmed with requests to have our Lancaster fly with the BBMF at many Air Displays.” Rohrer often refers to this trip as a “Once in a Lanc Time” event as it will not happen again. He indicated that “the sight of two Lancasters flying together is sure to be thrilling, memorable and emotional, evoking memories of the 55,000 members of Bomber Command who were lost during World War II; a figure that includes more than 10,000 Canadians.”

Officer Commanding the RAF Battle of Britain Memorial Flight, Squadron Leader Duncan Mason added, “We are delighted to be able to release the events that we will be supporting with the CWHM Lancaster. As OC RAF BBMF, I am truly humbled to be involved in the joint project, as the 2 Lancasters fly together at events to honour those who have paid the ultimate sacrifice. Lest We Forget.”

AIRSHOW NEWS: Wings and Wheels set to unleash a Tornado of Explosive Excitement 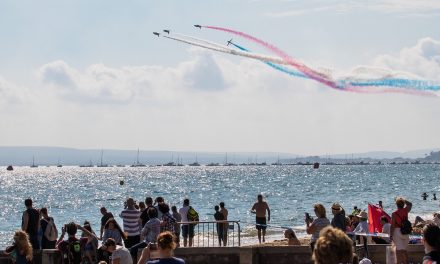 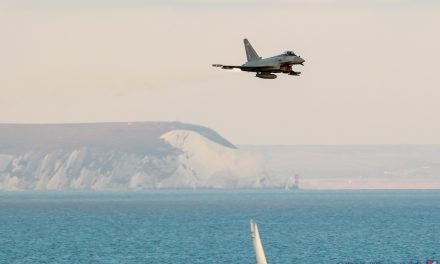