Today the organisers of the RAF Cosford Air Show revealed a number of exciting additions to aircraft appearing at this year’s event.

Following on from last year’s popular Medical Emergency Response Team (MERT) demonstration, which saw Prince Harry in his first air show appearance, the RAF Chinook and Army Apache will again be at Cosford as part of the planned six-hour flying display. As well as performing their individual displays, they will showcase the combat capabilities of the two helicopters in an exciting joint demonstration with the RAF Regiment. Other helicopters taking part in the flying display include the Royal Navy Lynx, making a welcome return with its ‘Black Cat’ solo routine.

The Navy are also represented by the Royal Navy Historic Flight displaying the Swordfish & Sea Fury, joining a number of historic aircraft already confirmed for this year’s event including the RAF Battle of Britain Memorial Flight and the Great War Team.

On the ground, a number of military aircraft join the resident Jaguar fleet, with an Army Air Corps Defender and RAF King Air being the latest additions to the static displays.

Air Show spokesman Amanda Butcher said “Although we now know details of most of the UK Military aircraft we are expecting to announce more aircraft displays soon so visitors should check our website, Facebook Page and Twitter regularly.”

Details of where to buy tickets can be found on the RAF Cosford Air Show website, with advanced tickets held at last year’s price of £20 and children under-16 and parking free. 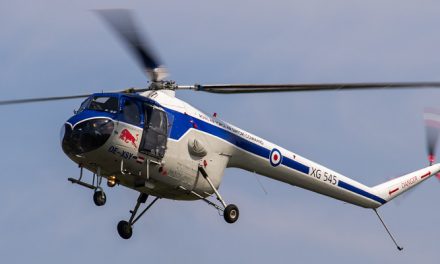