And the nostalgic Vintage Village makes a welcome return!

The Flying Legends Air Show (Saturday 13 and Sunday 14 July) sees a welcome return by The Bremont Horsemen Flight Team, best known for their masterful handling of P-51 Mustangs which they flew at Flying Legends in 2009 and 2011.

At this year’s Flying Legends Air Show, The Bremont Horsemen Flight Team presents the worldwide debut of their thrilling new display in a trio of Supermarine Spitfires.

Steve Hinton has been performing at air shows around the world for more than 35 years, flying over 150 types of aircraft. His restoration company, Fighter Rebuilders LLC, has restored more than 40 warbirds to pristine flying condition.

Steve has been President of Planes of Fame Air Museum since 1994. He is a founding member of the Motion Picture Pilots’ Association, a civilian pilot with the USAF Heritage Flight, a world speed record holder, a Reno Air Race champion and has enjoyed more than 7,000 hours flying in Second World War fighter aircraft. Steve was inducted into the EAA Warbird Hall of Fame in 2005 and received the Art Sholl Showmanship Award from the International Council of Air Shows (ICAS) in 2010.

Ed Shipley’s air show career began with the Six of Diamonds T-6 Texan formation aerobatic team, where he flew as right wing and lead pilot. He is a founding member of The Horsemen. Ed was a 747 pilot for Atlas Air and has flown at air shows for over 20 years in the T-6 Texan, P-51 Mustang, F-4U4 Corsair and F-86 Sabre.

He has piloted a P-51 Mustang across the Atlantic and flown an F-4U Corsair from a nuclear aircraft carrier. Ed was a board member of the International Council of Air Shows and is currently an ICAS ace evaluator for warbirds and jet aircraft.

Dan Friedkin grew up enraptured by flight. As a young teenager, he began flying gliders and quickly progressed to pilot a variety of tail-wheel aircraft and helicopters.

By the age of 18, Dan was rated in the Lockheed Jetstar. Two years later, he became enthralled with the P-51 Mustang, beginning a life-long fascination with warbirds. Dan flies the T-6 Texan, P-51 Mustang, P38 Lightning, F-86 Sabre, Grumman F6F Hellcat, Grumman F8F Bearcat, F4U-4 Corsair, Hawker Hurricane and various marks of Supermarine Spitfire. He is founder and chairman of the Air Force Heritage Flight Foundation and one of nine civilian pilots qualified to fly in formation with US Air Force single-ship demonstration teams.

1940s nostalgia in the Vintage Village

Following the success of the Vintage Village at the Flying Legends Air Show 2012, it makes a welcome return this year in all its bygone charm!

Situated on the historic hangar base next to Wing Co Joe’s Café, the Vintage Village offers a nostalgic destination for rest and relaxation. Enjoy a glass of fizz or two from the stylish Prosecco Bar and watch the world go by in our traditional deckchair seating area.

Enjoy authentic thirties and forties songs, sung in true Andrews Sisters style by The Manhattan Dolls, direct from New York. The Manhattan Dolls have wowed the crowds at Flying Legends over the past two years with their stylish and glamorous performances. Sing along with them as they perform instantly recognisable wartime hits or cut a rug with a jitterbug on the hangar base.

Accompanying The Manhattan Dolls, and playing musical interludes, will be the Wilmslow Concert Band. They will perform swing and big band hits of the thirties and forties for your listening pleasure.

Enjoy a unique living history experience aboard the Home Front Bus. This classic double-decker bus contains detailed reconstructions of a 1940s living room, a wartime shop, a bombed-out street and an air raid shelter. Containing period features and artefacts, the Home Front Bus replicates the sights, sounds and smells of the Home Front, creating an authentic trip back in time.

Also on display in the Vintage Village will be a replica Supermarine Spitfire. Why not complete your day of nostalgia by having your photograph taken next to this iconic British aircraft?

Enhance your vintage experience by pre-ordering an IWM Duxford Picnic Hamper. Soak up the atmosphere in the Vintage Village and sink back into a traditional deckchair as you enjoy a perfect ration-free picnic lunch for two, including a scrumptious red onion and goats cheese tart, homemade bloomer sandwiches, hand-cut crisps, a seasonal salad, mixed olives, a refreshing Pimms summer berry jelly and traditional lemonade, all served in a disposable hamper which includes cutlery, plates and glasses. Forties food never tasted so good!

The IWM Duxford picnic hamper for two costs £26.50. To order, please email [email protected] or call 01223 497 501. Please give a minimum of three days notice for your picnic order. Picnics are then collected from Wing Co Joe’s Café on the day.

Join us for some forties fun in the Vintage Village!

Over 50 historic aircraft are already booked to appear at the Flying Legends Air Show 2013. In addition to the first ever performance by The Bremont Horsemen Spitfire display, there will also a rare chance to see two iconic British Gloster Gladiator aircraft display over IWM Duxford’s historic airfield.

to the outstanding skills of the people who built, maintained and flew them and to the dedication of those who have brought these stunning aircraft back to life.

The Flying Legends Air Show presents these iconic aircraft in a spectacular display that honours their history and aerial achievements. The flying display promises an unmissable fusion of power, sound, excitement and nostalgia as a series of rare and unique piston-engined aircraft perform their breathtaking flights over the historic airfield at IWM Duxford.

Buy now and save!

Purchase your tickets for the Flying Legends Air Show by Monday 1 July at our advance booking rate and enjoy 10% off our ‘on the day’ ticket prices.

To purchase your tickets go to iwm.org.uk 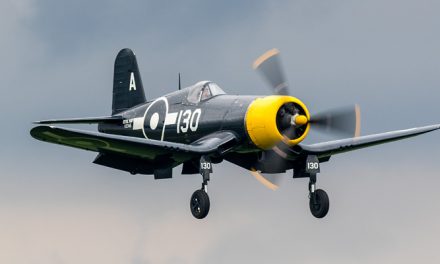