The 70th anniversary of a world famous flying school that has trained some of the greatest test pilots in aviation history will be celebrated at this summer’s Royal International Air Tattoo at RAF Fairford in the Cotswolds.

QinetiQ and the Ministry of Defence (MoD) will be marking the 70th anniversary of the Empire Test Pilots’ School (ETPS) by showcasing some of its unique aircraft at this year’s Air Tattoo on July 20-21. On display will be an Avro RJ100, a new multi-engine airliner; an Agusta 109 helicopter, an Alpha Jet, and a unique fly-by-wire, variable stability ASTRA Hawk.

The School, at MoD Boscombe Down in Wiltshire, was established in 1943 after it was recognised that many pilots were losing their lives whilst testing the many new aircraft that were being introduced during World War Two. Since then, the school has trained military test pilots, astronauts and flight test engineers to lead and deliver complex, collaborative experimental trials on all types of fixed and rotary wing civil and military aircraft.

Cdr Mark Macleod RN, Commanding Officer at ETPS, said: “Having our aircraft on static display at the Air Tattoo, for the public to see close up, along with the chance to meet test pilots and engineers who have graduated from the School over the past 70 years and been involved in testing many of the aircraft on display at the Air Tattoo, is an excellent way to showcase the School’s expertise and longevity.”

Air Tattoo Chief Executive Tim Prince said that over the years, the cream of the Empire Test Pilots’ School had performed some of the most memorable flying displays seen at the airshow. He said: “By training some of the greatest test pilots in history, ETPS has played a crucial role in the development of aviation through the ages. We feel honoured to have been chosen to play a part in the School’s 70th anniversary celebrations.”

The Royal International Air Tattoo takes place at RAF Fairford on July 20-21. For a full list of all the visitor opportunities and to purchase tickets, visit airtattoo.com or call 0800 107 1940. All under-16s go free. Free parking. 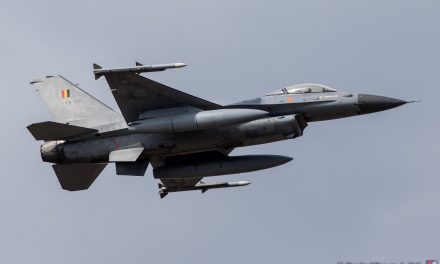