Organisers of next week’s Royal International Air Tattoo at RAF Fairford have announced that one of the most popular and distinctive aircraft ever to appear at the airshow will be among almost 300 others taking part from around the world.

The US Air Force B-2 ‘Spirit’ stealth bomber, which last touched down at RAF Fairford for the airshow in 1999, will make a 10,000-mile round trip from Whiteman Air Force Base in Missouri to take pride of place within the Air Tattoo’s static aircraft park.

The B-2 ‘Spirit’ has the ability to deliver massive firepower in a short time anywhere in the world and through previously impenetrable defences. It has both a conventional weapons and nuclear capability. First flown in 1989, the stealth bomber has since taken part in a number of military operations including Operation Enduring Freedom in Afghanistan, Operation Iraqi Freedom and Operation Odyssey Dawn in Libya.

Air Tattoo Chief Executive Tim Prince said that securing the B-2’s participation in the Air Tattoo was a great coup for the event.

He said: “The B-2 is high on the list of people’s must-see aircraft because of its distinctive and mysterious, sleek shape and the fact it rarely appears at airshows outside of the USA. Anyone who has seen it will tell you what an incredible looking aircraft it is. It’s simply unique.

“With seven aerobatic display teams, special flypasts and aircraft such as the B-2, Vulcan, Osprey and Rafale, I can confidently say that no other airshow in the world this year will be as exciting as the one we have planned at Fairford next week.”

The last time a B-2 ‘Spirit’ appeared at the Air Tattoo was in 2004 when it performed a flypast without landing. Since then, the B-2 has never been seen at any other European airshow.

More than 250 aircraft are due to land at the Gloucestershire air base for the event, starting with the arrival from Colombia of a C-130 Hercules. It will be the first time Colombia has ever taken part in an airshow in the United Kingdom.

Tickets for the Air Tattoo, priced from £39, are available from airtattoo.com. Under-16s go free. No tickets will be available on the gates. 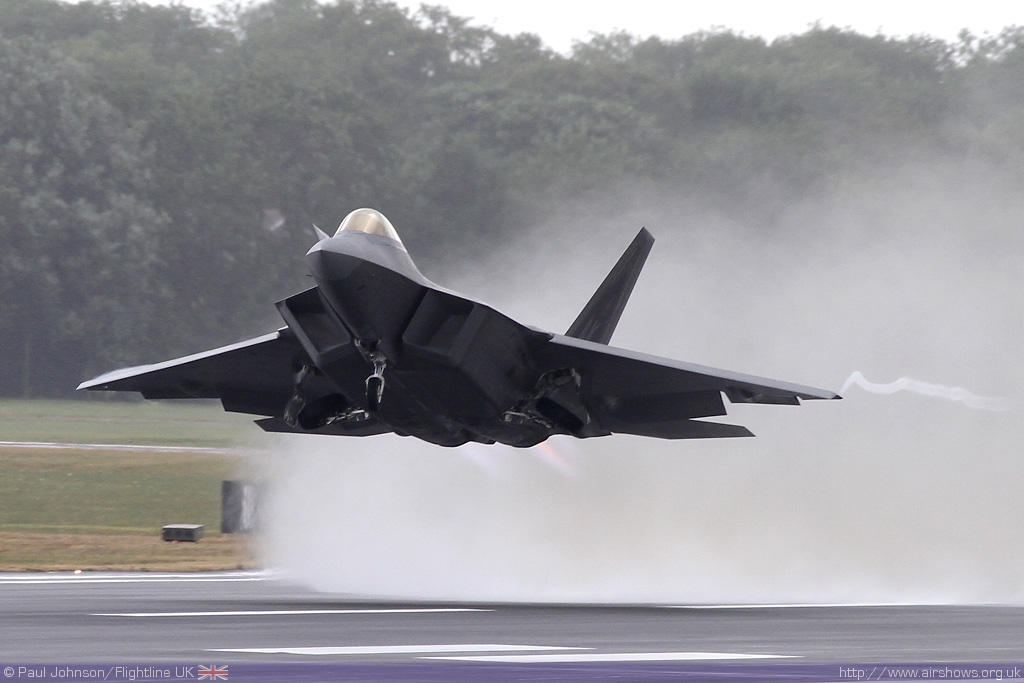