Forget Superman, the exclamations of “is it a war bird, is it a plane” will be rife at Wings & Wheels on 26th & 27th August as visitors gaze into the sky in awe of the exhilarating power and skill displayed by the *NEW* King Air Display.

Never before seen at Wings & Wheels the RAF Beech King Air B200 is a twin-engine turboprop monoplane which first entered RAF service back in 2004. The aircraft is the newest RAF training aircraft and its well-proven airframe and advanced cock-pit and systems make it an ideal training platform for the new generation of multi-engine aircraft entering RAF service. Although predominately flown by students the solo display at Wings & Wheels will be performed by an experienced pilot who is set to wow crowds with a dynamic and breath-taking routine.

Gerry Forristal, Wings & Wheels Aviation Director comments; “We have refreshed our aviation line-up this year and have introduced some new display items to complement the returning show favourites such as the Red Arrows. The King Air aircraft is a slightly more unusual military asset but will provide an equally astonishing performance and we are eagerly anticipating its participation in the five hour air display on both Sunday 26th & Monday 27th August.”

Other aircraft set to perform in the main aircraft display at Dunsfold Wings & Wheels include RAF Red Arrows, Battle of Britain Memorial Flight, RAF Tucano Display, RAF Hawk, RAF Tutor as well as a host of civilian aircraft all accompanied by entertaining and knowledgeable commentary from aviation experts and enthusiasts.

Tickets start from £18 for adults, £40 for a family (2 adults and 3 children aged 5 – 15yrs), £5 for children aged between 5 and 15yrs and under 5s are free. Hospitality packages start from £125 per person, weekend passes, grandstand tickets and camping are also available. For more information visit www.wingsandwheels.net or to book tickets call 08712 305572.

AIRSHOW NEWS: Stat​e of the art Wildcat​ at Wings & Wheels​ 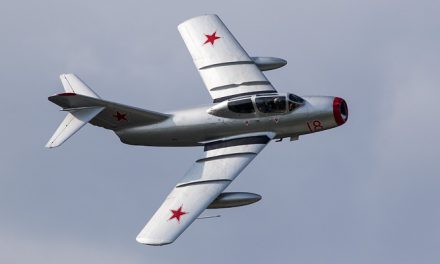