The Southend Festival of the Air was the first major seaside airshow of the year. Previously known as the Southend Airshow, the event was smaller than previous years – ever rising costs have meant councils have reduced airshow budgets. Nevertheless, the event maintained it’s popularity thanks to some very kind weather.

Seaside venues bring their own complications for film makers with the display acts based remotely at nearby airfield. Planes TV had cameras both at the seafront and at the airport, as well as in the air with the RAF Falcons – more about that later.

The production starts with some opening shots of the seafront as well as some footage of the pilots briefing. This is very short and perhaps could have easier been expanded on. However, it is pleasing to see so many interviews with the participating display crews and even one of the organisers at the very end of the production.

The DVD covers all the display acts that appeared. Footage has been captured from a variety of viewpoints around the seafront. There are many shots of seafront and the crowds as well as the displays themselves. While is the most part, the footage is excellent, one particular angle seems to capture a lot of the local vegetation while following some aircraft. It may have worked for some shots of the Royal Marines demo, but not for some of the other displays where it is an unnecessary distraction!

Planes TV’s DVD’s all now feature interactive footage as bonus material. For Southend, this features the RAF Falcons allowing the viewer the change to follow the whole jump from the aircraft to the beach which is particularly impressive footage.

At 35 minutes running time, it’s quite a short production that does manage to pack in a lot of the action of the event. However, I couldn’t help thinking that more could of be made of the behind the scenes footage at the airport and pilot’s briefing. It’s these opportunities that the general viewing public often don’t have access to at the event. 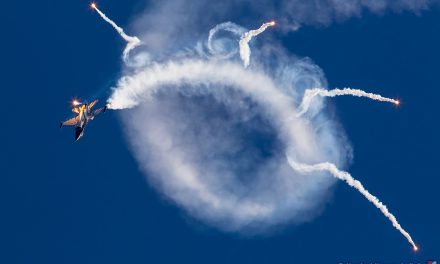